What a bizarre day Friday was… I came back from a normal day at work, looking forward to the weekend when a friend asked me if I had heard about the decapitation in France. I hadn’t. I swiped my way through the news and took it all in. Because it wasn’t only France. It was also Tunisia and Kuwait and Somalia, all though the latter hardly made the news. And I caught myself answering my friend that I wasn’t surprised (I even predicted it would happen)… It was ramadan after all and a Friday, so the fanatics were extra pumped after being spoken to by their clerics of choice.

After having a quick bite at home, I went to the gym. While I was plodding away on the treadmill I looked at the lady next to me, making her miles without going anywhere. I have seen her many times and we always exchange smiles and friendly greetings in the dressing room. She is old enough to be my mother but she is lean and strong and would probably outrun me any day of the week.

She was looking at the TV screen in front of her while working through her routine. It was a news channel. Men with flags. Large guns. Flashing lights from police cars and ambulances. Blood. Moving images of anger and fear, but no sound. Just the pounding of our machines and the encouraging beats of some dance song. I saw her turn the screen in front of her off and continue on in a sort of “Keep calm and carry on” sort of way. 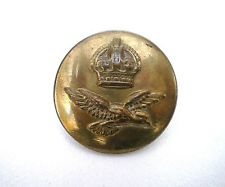 I must admit I consciously chose not to watch the news that evening, even though it was on my mind. On Saturday I woke up and realized it was Veteran’s day in the Netherlands. I had made a point of remembering it this year as I had received a very special gift from an amazing man and second world war veteran the year before. It was a button from his uniform and I had promised I would wear it this day to honor him.

I turned on the TV and saw the preparations for the national parade and the stories of veterans pass by. They were from different generations and had served in different conflicts but they all shared a sense of pride in what they stood for. But there was also guilt, because it was never enough. And recurring pain, physical or mental (or both) because a war leaves scars that never heal.

And I then realized my gym companion didn’t turn the TV off because she was uninterested but because at that particular moment she couldn’t deal with it and had to switch it off. Violence does something to us, as humans. It’s not just a physical wound, it kills something inside us, doesn’t it?

I suspect this is also why people around me seem to be more vocal about the destruction of the ancient buildings and sculptures in Palmyra than about the trail of torture and death IS left on its way there. It’s so difficult to process what is happening there and it’s nearly impossible to find the words to say anything meaningful about it.

Realizing that there are people that can get past that point of repulsion and not only condone these violent acts but become active participants boggles my mind and I hate that it is becoming “just another killing” on the news.

It’s hard because on the one side I want to crawl away into my happy space of denial and just ignore this nasty business. I am helpless in the face of this aggressive cancer. There is no room for reasoning. It’s just ugly.

But to quote the Lorax: “Unless someone like you cares a whole awful lot, nothing is going to get better. It’s not.”