Earlier today, the W-20 Women’s summit kicked off in Berlin with a panel- discussion titled „Inspiring women: Scaling Up Women’s Entrepreneurship”. There were some interesting names on the panel, our Dutch queen Maxima among others. I was looking forward to hearing what she had to say and how she stood her ground beside iconic powerhouses such as Angela Merkel and Christine Lagarde.

Sadly, media has reported on only one thing: Ivanka Trump. The one person I couldn’t care less about. She was apparently booed and hissed at by the audience when she tried to convince them her pops was a promoter of women’s rights. I can’t even roll my eyes hard enough.

Why was she even there?

All though I am quite certain the other members of the panel must have spoken as well and that what they had to say must’ve been pretty empowering or at least relevant, I can’t tell you for sure. All I know is that Maxima was the first speaker and that she described herself as a “feminist”, what in her vision meant “wanting equal rights” as well as freedom of choice. This drew applause from the audience, with Merkel saying, “Then I am one.”

Well shucks girls, I sure wish it wouldn’t be necessary to start the discussion at such a basic level but more so, I wish media had chosen more interesting snippets to quote…

I’m hoping the discussion will be online in full at some point so I can give it a go myself and see if I can collect some more interesting quotes.

My parents are honest people with strong opinions for which they sometimes need loud words.

Even now that they have grandkids, I have seen them explaining matters of the world in a way some others may feel is not appropriate for such young kids. Some kids dig it and others zone out when being spoken to in this manner, but I always thought it was kind of cool that my dad never “dumbed things down” for me.

A request I got from my father on several occasions (and far too often, as far as I was concerned at the time) was “give me a piece of your mind”.  You can imagine it was something he did to get a sense of what his sulky adolescent daughter might be thinking. I never really knew what he meant and my answer never seemed to be what he was hoping to hear anyhow.

You could say honesty was valued highly in our household. And to express your honest opinions it was required to be eloquent. “Just because” was never a valid explanation for anything and I was allowed (up to a certain extent) to expect the same from them.

I remember my first boyfriend was quite overwhelmed by the in depth conversations we had over dinner.

The biggest liar and most truthful person, all in one

A line that I wrote down in my “ideas journal” the other day, is that my father is “one of the most honest people I know, as well as one of the least”.

He is one of the most honest because he doesn’t seem afraid to have an uncommon opinion. He will stand up for his beliefs, at the cost of being “the odd one” in a crowd. He is also unwillingly honest, as his face just gives away what he thinks about you and your explanation.

At the same time, he is one of the least honest people I know because as much as he tries to uphold the idea that he doesn’t care what others think of him, his fear of appearing to be weak always wins. He will say everything is going splendidly and that he has never felt better, until he reaches the point that the only one buying it is him.

Then again, does it count as lying if he lied to himself about it first?

Also, his stubbornness sometimes reaches truly absurd levels. He will stay on a chosen course even after being disproved by someone. Adjusting your course would be admitting you were wrong at some point and that apparently is not an option in his world.

He can also be very arrogant, in the sense that he will easily discard your idea as a lesser opinion if it is not in line with his. And not only is the opinion of low quality, so are you for coming up with it. He will use big, aggressive words to make you feel unsure about your line of thought, and make you back down. You might even accept his own idea at some point, just because he presents it with so much self confidence.

This type of intellectual honesty is something that comes natural to me. I have never had trouble forming my opinion or pointing out to someone when they set off my bullshit radar and why.

Apparently the invisible, irrational, uncontrollable concepts of feelings are something you can be honest about too… You apparently don’t even need words to express them! Mind. Blown. And when it comes to being honest about those, I suck. I wonder why?

This brings me to the final clue to my father’s dishonesty; he has never been able to handle my tears.

…Not that I even know how to cry anymore…

Unless some plant or tree is in bloom, or something.

And there’s some snot involved during these pollen allergies, as well.

But maybe they don’t actually qualify as tears.

Anyhoooooowww, see how awkward I get from talking about these things??

Far before I reached an age that this was reasonable for, I was expected to be able to explain my behavior, especially when my behavior included tears. If I couldn’t come up with a “good” reason for my eye leakage, I was simply asked to stop doing that. And so I did.

All though my father told me years later that the crying prohibition was one of the few things he regretted in life, it did teach me to express myself pretty well. I know what I want and don’t want and am more capable than many others to express where my boundaries lie.

After analyzing the heck out of it during my long train ride home last week I came to a new theory. He saw my tears as criticism. Honest little wet mirrors rolling down a child’s cheek. And he couldn’t deal with that.

Time for a new lesson

Don’t get me wrong. My childhood was actually pretty awesome. Part of it was thanks to my parents, other parts were great despite of them. I hold no grudges. Or I try not to.

I am definitely thankful towards my parents for giving me the ability to discuss every possible topic, be it social, political or cultural in any crowd. When it comes to other forms of honesty however, I think I may have a lesson or two for them.

My fellow blogger and like-minded soul searcher, LazyHaze, threw a Blue Sky Tag my way. Thanks a bunch for that!

She came up with some cool questions for me, as well. Check out my answers below!

What is your favorite song?

Just one?? That question is hard… bordering on cruel… 😛

But OK, if I have to go for just the one, then I choose Todo Cambia, by the legendary Argentinian singer, Mercedes Sosa. Gives me goosebumps every time.

What do you like to do in free time?

Hmm… I tell people horseriding is one of my greatest hobbies, but I don’t really do it that often anymore. I used to have a horse of my own, but that was more than a decade ago.

What I actually do in my free time is not that impressive. I love me some netflix time, I love goofing around with my boyfriend and I love spending time outdoors, all though I do suffer from “good weather syndrome”. My definition of good weather isn’t “warm and sunny” per se, but I am definitiely not a rain lover…

What movie genre are you into?

My taste in movies is pretty varied, all though I am not a big fan of corny comedies or cheesy lovey dovey flicks. I can’t handle Scarlett Johansson’s eternal orgasm face or Nicholas Cage’s droopy mumblings. Will Ferrel, Steve Martin and  Hugh Grant are also deal breakers.

If you had a time machine, where would you go?

Hmm, I don’t really have time travelling aspirations… maybe I’d visit a time pre-dating humans? Just to see what it was like. Maybe see if I could tame a dinosaur and ride one of those. 😮

What is at the top of your bucket list?

Rock climbing is at the top of my list. As in, it as actually the first thing on it. But it’s not at the top in the sense that it is the thing I want to do first or most.

As I just moved into a new house a few months ago, I’d like to build something myself. A piece of furniture or a bird house or something. I’m actually working on some ideas. They’re not quite ready to be shared with the world, but maybe someday.

I’d like to think I’m not afraid of death, but that might be a lie. I’m an atheist (allthough sometimes my stance towards religion leans more toward agnosticism), so I don’t believe there is anything after I die. It just stops. And that is fine.

If I am afraid at all, I think it might be of the actual process of dying, not death itself… Does that make sense?

Who is your hero/heroine? 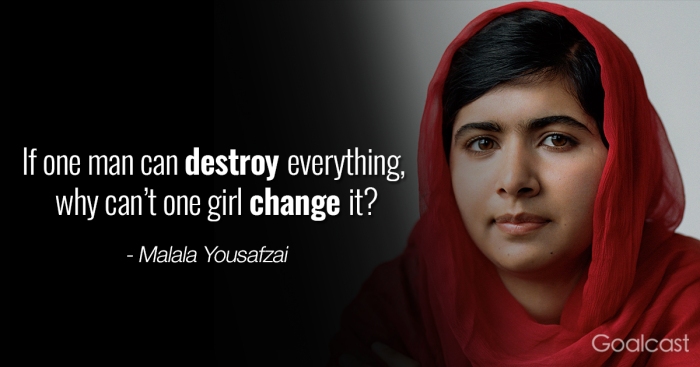 What helps you get out of bed in the morning?

I am actually a morning person and have very little trouble getting out of bed in the morning.

What do you think of pornography? Do you think it should be banned? (Indian Govt. tried to do just that)

I’m not sure banning pornography is even possible… It’s a phenomenon stronger than any regulation can enforce and has been around for as long as history can tell.

What I do have some issues with is HOW sexual interactions are portrayed. It’s so different from reality. And I do believe that people with little experience may get the wrong expectations from it that may harm women in particular.

Which blog do you read every day?

I am actually not very loyal when it comes to blogging or blog-reading. I forget about my WordPress friends for weeks at a time and then stick around for a few days and then disappear again. I’m horrible that way…

My questions for you:

Have a good weekend and happy holidays to all of you celebrating Easter, Passover, Pahela Baishakh, Songkran or some other festive occasion.