Last week I went to a meeting about language coaches for refugees in Leiden, the town I live in. I heard that in the month of August between 70 and 80 refugees received their residence permit and were assigned a home here. This is the same amount that was granted a new home in the first 6 months of 2014.

This rise in numbers is partially because there are more people arriving and partially because the asylum process has been streamlined so that more requests can be evaluated in a smaller amount of time. Each person that receives a residence permit must do a so called “inburgerings cursus” which boils down to a course that helps someone become a Dutch citizen. This involves a language course as well as lessons about our culture and customs. At the end of this course, every person must take (and pass) an exam.

Each new resident must attend language classes once a week and is assigned a language coach to practice with for about an hour a week on top of that. A language coach is always a volunteer that does this beside their regular job. It is therefore most common for a language coach to be assigned just one person. You can imagine that if in one month there are more than seventy new people starting their citizenship education, there is a great need for more language coaches.

During the meeting I went to last week there were about 15 new candidates. Their motives varied from wanting to do something practical to compensate for their very theoretical study at the university, to expanding their CV with something different. Some had already worked in schools and wished to find a new challenge in the education of foreigners. Others were just lonely and wished to get back in touch with society and remember what it felt like to be needed (this last part is my own interpretation).

I was quite surprised that besides me there was only one other person that said they were sick of watching the news and feeling helpless. I don’t say this to humblebrag, I promise. I have a genuine feeling of urgency to do something but with no clue about where to start. I for one am sick of feeling so powerless. Also it is just starting to feel wrong to voice my opinion about something that I only know about through the colored stories of the media. It’s time to see it for myself and to know that no matter what side I choose I will be able to look myself in the eye at the end of it. 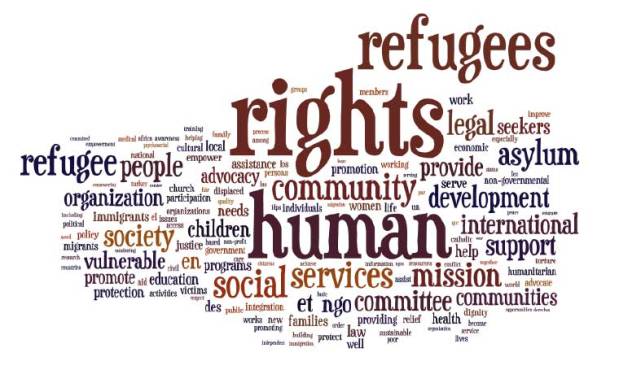 But I must admit I do feel torn. Just the other day I started deleting “friends” from Facebook that have voiced opinions that I find discriminatory or unbalanced, to say the least. I am sure there are still some rotten apples in my list as not everyone voices their opinions on the web. One of the people I deleted is a girl I used to babysit. She is in her twenties now and has recently gotten married. She posted a video of refugees showing someone around the camp they were staying in, pleading for better conditions. She commented something along the lines of: “What did you expect, a five star hotel? If you don’t like it, go back home, you ungrateful a**holes!”. The fact that these people’s home may very well be reduced to rubble, went unnoticed to her.

I deleted her immediately, especially after I noticed she had re-posted it from a page that sympathizes with our very own, well known and homegrown right hand populist; Geert Wilders. It did stick with me for a while though… Especially since I did kind of agree with her… These worked up men were pointing at everything that was supposedly wrong with their conditions and showing the camera how muddy it was and how few toilets there were but in reality, it wasn’t all that bad… Sure, the weather was shitty, but who can you blame for that? It was a temporary solution for an overwhelming situation that was absolutely better than nothing. Nobody was starving neither from hunger nor cold. I only dared admit this to myself after I had deleted her from my account.

[The video in question, which I had embedded in this post on right this spot is no longer online, but since I believe we’ve all seen and heard about these type of situations I decided not to replace it. | 29-08-2016]

These men… All men… So so agitated. And for what? I hate mobs like this. They scare me. Men stirring each other up in this aimless frenzy. Running around, pumping adrenaline through their veins and some crazy idea that they will get their way if they just push hard enough. They seek out confrontation hoping it will help their plight, if only they manage to show the world something shocking. It sickens me and I find it very difficult to find sympathy for these people. I know they do not represent the majority, but it is inevitable that some problems will arise with these new citizens. And what if they’re not satisfied with what we have to offer? How much are we willing to give in to accommodate them?

Anyhow, I am now on the list of volunteers of the local refugeework organisation. I will be attending some classes of my own before I get assigned a new resident of my town, most probably from Syria and help him or her in the next step of their long journey to become a European citizen. I can’t wait to find out more and report about my experiences both to myself as to you.