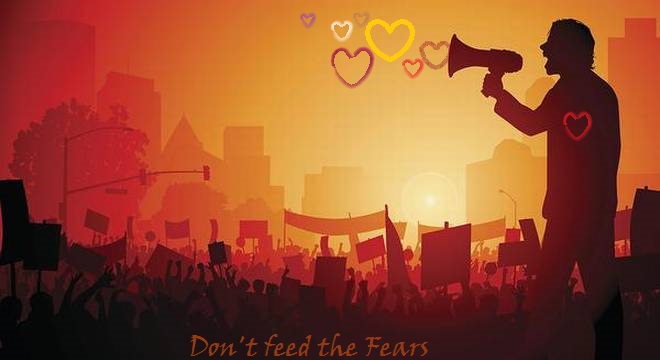 This is blog 1 in my A-Z Blogseries:
Activism

In recent years I have walked and chanted in several marches; the largest ones being the Women’s March in 2017 and more recently, the March for the climate.

Both times I couldn’t believe that the topics at hand were even things we could disagree on in the society I live in.

Facts and common sense issues have become opinions and (how I despise the term and the one that made it fashionable;) fake news.

Until recently, I would say my political views and voting behavior would be considered pretty middle of the road, maybe slightly left of center.

These days though, some would call my views extreme and “far left”.

Am I an activist?

Doesn’t sound very radical to me…

This morning I stumbled upon a blogpost that made so much sense, that I can’t believe I hadn’t already written about it myself. The post is titled “Chuck that list“, describing the blogger’s feelings about her bucketlist. 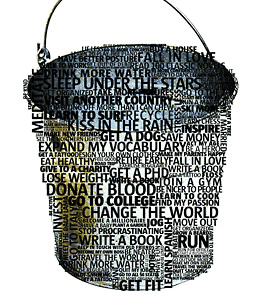 And all though I love the idea of a bucketlist and am oddly attached to mine, I can totally relate to what Imadcap wrote about the limitations of such a list.

My bucketlist was supposed to inspire me. It was meant to motivate me to pursue these goals, even the ones that make me nervous or uncomfortable.

In hindsight, making the list public kind of messed it up. Or no, I think putting it into writing did that. Because then it became a to-do list and not striking anything off became failure. And that really wasn’t the point!

I suppose it’s like playing a video game, where you are actually doing great, passing level after level and gathering points and bonuses along the way. Striking an item of your bucketlist is like finding an easter egg. It’s not necessary, but it is cool!

And Imadcap puts it very well when she says: “a list always limits you into thinking these are the stuff you want to do.” That is so true! Some of the best experiences I’ve had were ones I hadn’t counted on having at all!

Imadcap adds: “Secondly, lists change. Or at least they should.”

Again, I couldn’t agree more… I always thought my bucketlist would continue growing; with more and more life goals being added on at the bottom, striking the goals that I achieved, as I went.

But as it turns out, I actually don’t demand as much from life as I used to or at least not the same things. There are things on the list that, deep down in my heart, I really couldn’t care less about now… And that’s OK!

All of this helps me pinpoint and eliminate the nagging feeling I’ve been having… You see, a dormant bucket list can lead one to believe that nothing is happening. That life has come to a standstill.

First of all, let me say that a quiet life is not necessarily a bad thing…

But second of all, the fact that I haven’t stumbled upon or pursued as many of the bucket list items, is merely proof of my lack of imagination. Life has so much to offer and if I had been more creative I may have made more room for the smaller ideas that ended up leaving the biggest impact.

On the other side, the fact that I put some life goals into writing, may have even prevented me from enjoying them as much as I would have if they had simply crept up on me out of nowhere.

Another thing that kind of bugs me when I look at my bucketlist, is that I feel it doesn’t represent me. When I put it together I really made an effort to think out of the box and include things that I didn’t necessarily think I would enjoy but that I felt I should do anyhow, either to broaden my horizon, to become a better person (whatever that means) or to be able to say “yes, as a matter of fact I DID try that and it sucked as much as I thought it would”.

So, I guess what I am saying is that having a bucketlist is one thing, but it is not complete without a second list with all the unexpected stuff that actually meant something on the long run. Small anecdotes that have shaped who I am and reflect what matters to me.

Like the time I bumped into the homeless man that used to sleep on my porch but whom I hadn’t seen in many months (I moved and actually felt bad for some reason that I hadn’t been able to tell him that, since I was quite sure the new tenant would be less accepting of his midnight ramblings). It warmed my heart to see his face light up when he recognized me and seeing his toothless smile appear on his face as he exclaimed: “HEY! It’s you!”

Or the time my boyfriend and I decided to order takeout dinner last summer and eat it in the grass a couple of streets behind our new home and then sharing our food with an amazingly tame blackbird. And as he flew off, my boyfriend and I couldn’t believe our eyes as he flew away, over several houses and straight to our very roof, that we could (by chance) only just see the tip of from where we were sitting… and he’s been around ever since!

And how about the love I have developed for Roskilde Festival? This year will be my third visit and my second time as a volunteer. I could never have foreseen how proud it makes me to be a part of that. More, I could never have imagined how welcome I have felt there, even as an only-slightly drinker, a not-at-all drug user, an awkward dancer and a very non convincing hippie.

These are all things that define me but in no way or form feature on my bucketlist. I suppose I could add them in very general terms and it wouldn’t even look like I was cheating. How about:

This won’t do though. It defeats the purpose of the bucketlist and does no justice to the anecdotes…

On dark days like these, we northern hemisphere dwellers can use all the help we can get when that alarm clock goes off in the morning.

All though I am actually very much a morning person, motivating myself to push back those warm blankets, leaving the world of dreams and pillows behind, is so much harder when the world is dark and cold. I like to take my time with that horizontal-to-vertical start up process.

My Wake-Up light helps me out by slowly lifting me out of my deepest sleep before setting in the bird sounds, signalling the moment I should really open my eyes.

My boyfriend needs some more persuading. For him, I have made a playlist of songs with uplifting melodies and lyrics. You know, the kind of songs that you can’t help but bob your head (or knees) along to? Those are the songs I want.

Our current list consists of about 15 tot 20 songs, but our personal favorites can probably be counted on the fingers of one hand, with Coldplay’s “Adventure of a Lifetime” lonely at the top.

This song is so catchy and positive and motivating and I don’t mind if it stays around in my head for the rest of the day. I mean, who doesn’t want to be encouraged to “turn their magic on” at the break of dawn?

Anyhow… As much as I love this song, I am always afraid of over-playing it and having its magic wear off.

So that’s why I am constantly looking for new songs to add to my “Wake up Songs”-playlist. And what better way to do this than to call on the wisdom of the WordPress oracle?

What song helps you open the curtains and makes you wanna dance around the room? Which song turns your magic on?

My mind is cluttered and slow but my motivation is back. The only way to get this blog train going again is by hopping on the Blogtober wagon. So that’s what I’m going to do.

The last time I challenged myself to do a blog a day was August 2015, aka Blogust. It was actually quite challenging and I definitely didn’t manage to write something every day, but it was good practice. 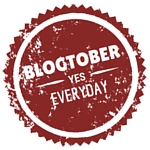