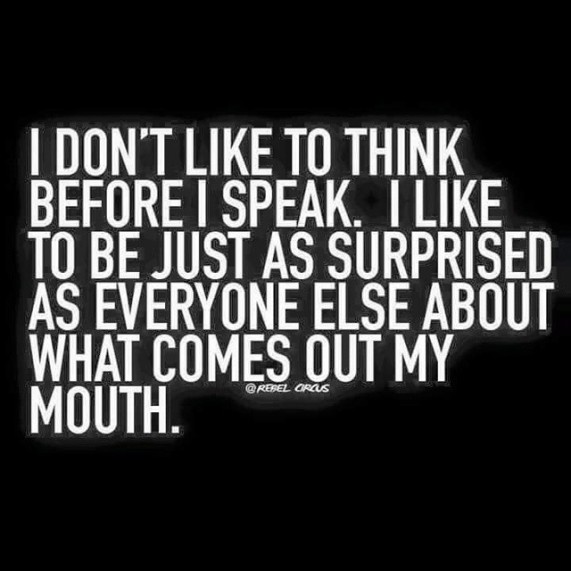 My sense of humor can have a cruel touch.

Besides making jokes on specific people’s expenses I also always enjoyed making offensive jokes about entire groups of people. Literally any group. Men. Women. Chinese. Latinos. Jews. Dutch. Gays. Cripples. The elderly. Hippies. Farmers. Lawyers. You name it and I would make fun of them and enjoy myself shamelessly in the process.

Not only have I enjoyed making these jokes, I have also loved being on the receiving end of them. There are few things that I find more entertaining than being in a humorous battle of wits and being outgunned by someone quicker than me.

And don’t forget dirty jokes! People don’t expect them to come from my corner and the looks on faces when I let one loose is highly addictive; A priceless mix of confusion and shock, topped off with a swirl of delight and disgust. Love that shit.

I speak in the past tense, as if it is something I don’t enjoy in present day. But I do, just not in the same way. I still make the same remarks, just not as loudly. In some cases I may even bite my tongue and chuckle silently as I share my witty remark with just me, myself and I. If I’m lucky there is a kindred spirit present to exchange glances with.

There are times when I really mourn the loss of my snark and want to blame the world for stirring up my conscience to such politically correct levels.

The sentence above is something I wrote weeks ago. Maybe even months. It’s been moved around from one draft to another until last week when I started to doubt it’s meaning.  I was planning on going into my own personal anti-political-correctness-tirade, which would have boiled down to something like this:

The last few days though I have felt the need to do the opposite and come to the defense of political correctness and promote it as the only true and right attitude to have.

Yes, I am really trying to ignore and deny his existence but he’s just so LOUD. The kind of stuff he’s been saying in the last couple of weeks has really truly blown my mind:

Try not to hurt him. If you do, I’ll defend you in court. Don’t worry about it. … We had four guys, they jumped on him, they were swinging and swinging. The next day, we got killed in the press — that we were too rough. Give me a break. You know? Right? We don’t want to be too politically correct anymore. Right, folks?
March 4 in Michigan

These are just two of the many things he said when confronted with protesters at his rallies. I don’t know if I am more angry or sad.

And then yesterday, while campaigning in Tucson, Arizona, he promised the world he would be acting more “presidential” in weeks to come (whatever that means). Not because he wanted to per se, but because his wife and daughter “begged him”. Ah yes, of course the weaker sex would do that… And as a good husband and father he can’t help but give in…

So yes, if opposing political correctness puts me on his team….

….I don’t even know how to finish that sentence but I think you get the point. I’d rather give up humor for a decade than associate myself with this man in any remote way. 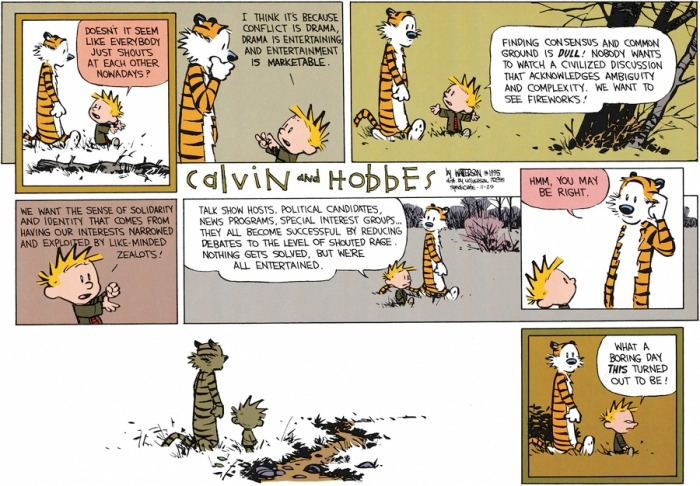